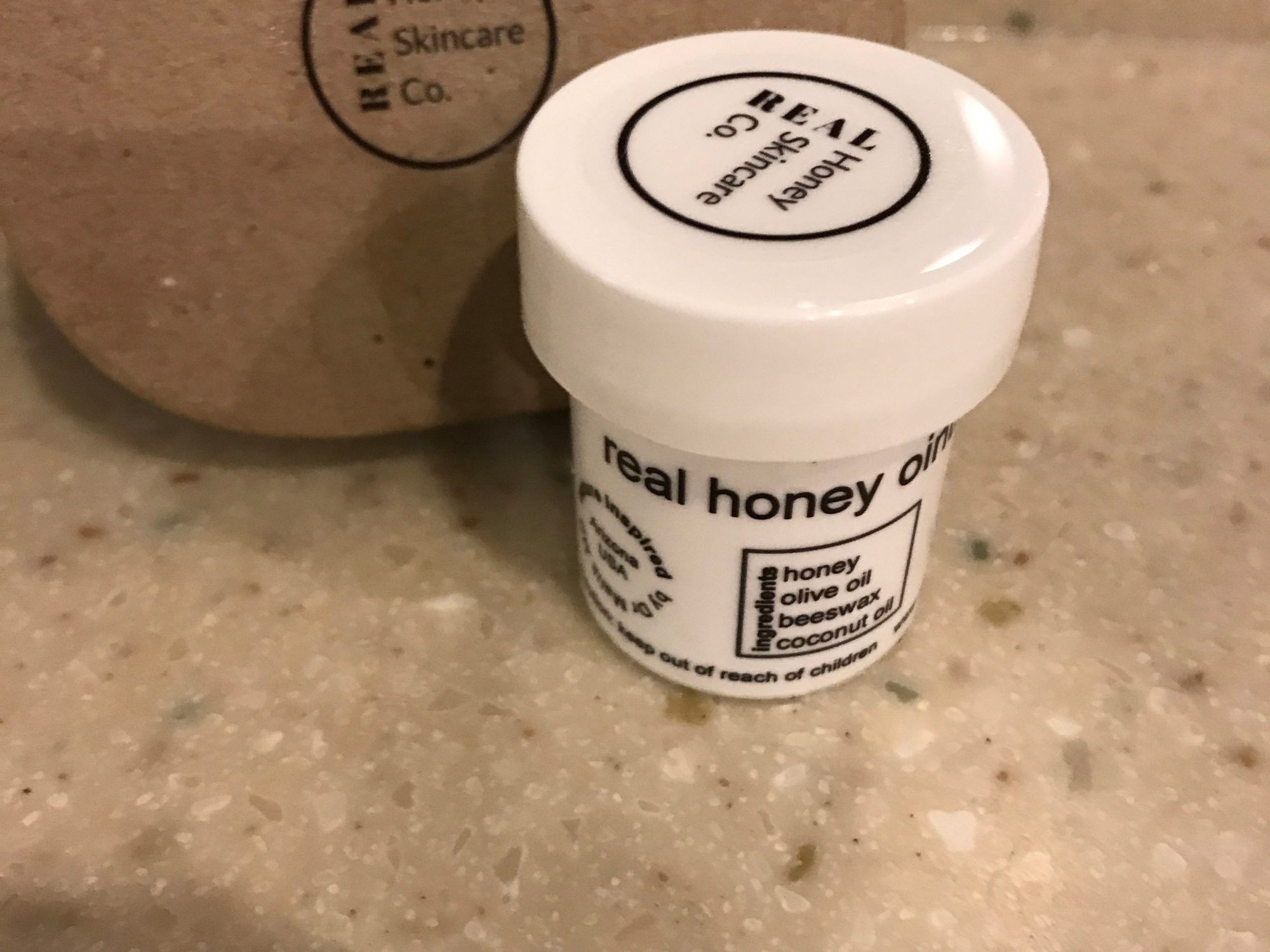 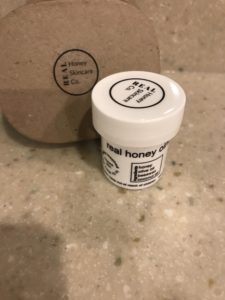 Four ingredients:  Raw Honey, Coconut Oil, Beeswax and Olive Oil.  Sometimes it’s the simplicity within a product that is all your skin needs.  Developed and formulated by Dr. Atif M. Malik from my neighboring desert state of Arizona.  Dr. Malik, inspired by his patients and his passion for Chemistry, has developed a natural ointment that I would consider to be an important, medicinal staple for your medicine cabinet to help treat certain skin ailments.

I have 2 case studies of my own to share and the pictures speak for themselves.

My son, Maximus, is always coming home with a new story to tell of his football practices, scrimmages and games.  While at one of his scrimmages he obtained a large piece of his skin rubbed off by a big tackle on the field.  I thought I would use Dr. Malik’s REAL Honey Ointment to treat his skin.

Maximus’ skin had already gone through the scabbing and oozing stage of the initial injury.  This is approximately the third week after he first acquired the open wound on his arm from tackling his opponent onto the ground.  As you can see, the skin has been traumatized and hypopigmentation as well as a little hyperpigmentation has formed were his skin tissue was torn from his arm.

The skin has started to look a little more vibrant.  The pink tone that was in Maximus’ skin on Day 1 is almost diminished.  The hypopigmentation is starting to get pigment back into the skin.

As each day passed, Maximus’ skin injury filled in two-thirds of pigment into his hypopigmentation.  The skin is ultra-moisturized allowing a safe barrier of oil to protect his skin from dryness.

The skin by Day 5 has produced so much melanin production where the skin was traumatized by the injury which caused hypopigmentation.  The hyperpigmentation is starting to lessen, returning back to Maximus’ natural skin coloring.

Within 6 days, Maximus’ injury had received three-fourths of his skin with pigmentation.  The skin looks like it is healing greatly from the terrible injury it had received a few weeks prior.  The skin does not irritate him because of the emollient the ointment has in it which helps to protect his skin from losing moisture.  Both the hypopigmentation and the hyperpigmentation are diminishing and it only took 6 days.

Only one month later and Maximus’ injury looks almost completely healed.  Small spots on his arm with hypopigmentation linger with mild hyperpigmentation.  Looking at his arm from a distance and his injury looks unnoticeable.  The REAL Honey Ointment helped in the healing process of his skin which was traumatized by his football tackle.

This next case study was done on myself.  I saw the results that Maximus was receiving by using the ointment and chose to use it to treat irritated skin on my eyes.

*Disclaimer-This product is not recommended to use around the eyes or to be ingested.

Look closely into the crease of my eyelids.  Both of my eyelids were suffering from acute dermatitis.  They were so irritated that even the skin had abrasions in the creases and caused mild pain on the lids.  I had treated them with an arnica gel and soothing eye cream and neither of those treatments were working.  A whole week had passed and my eyelids were not getting better, only worse.  That is when I chose to use the REAL Honey Ointment and applied it directly onto the irritated skin only.

After only two nights of using the ointment on my eyes, not only did the pain go away but the acute dermatitis was gone.  My eyelids were completely healed from their irritation, the inflammation and the tiny abrasions.  With only two night treatments, I could not believe that the ointment was what finally healed them after multiple attempts from different, natural treatments.  It has been a month since I last treated my eyes with the ointment and have not received a reoccurrence of acute dermatitis on my eyelids.

As you can see from both case studies, the REAL Honey Ointment aided in treating both my son and myself.    Only a small amount of ointment was used during each application, leaving three-fourths of the ointment left in the 0.5 ounce container.  Dr. Atif M. Malik states that some of his clients have used his ointment for their dark spots and dermatitis and wonders if possibly it could be beneficial in treating stretch marks and scars.  I can definitely make the claim that it helped to treat hypopigmentation, hyperpigmentation, accelerated scarring healing and acute dermatitis.  This is truly a medicinal ointment that should be a staple must-have in the medicine cabinet.